Of Blood and Iron Bussy

DO NOT hover above my checkmark

Of Blood and Iron Bussy

DO NOT hover above my checkmark

The foundation of the rDrama Tea Party

Why was the rDrama Tea Party created? Simple, j-slurs are power tripping behind our backs! We can't let them get away!

@crat is doing dodgy things in the dark. He autoupvotes every

@pizzashill post and collects every tax that is done from transactions. Its hardcoded in the server. It isn't fair for all the other hard earning dramanauts. No taxation without representations! Pizza swims in dramacoin(19825) and our taxes that went into crat from bongland are at (7529). And from that he only earned less than 700 dramacoins in honest engagement.

If you have other points, please tell them.

There are different ways. The first one would be targeted attacks on power j-slurs to force our will. The second option (nuclear) would to completely shit up the place until its unusable. Some Bucks need to be broked that is for sure.

We have to look at the j-slur response and make lists who are on our side and which ones need to be harassed. carp and crat are the obvious one.

Change the flair similar to "

Tea Discord is active. Ask for an Invite. Join to spill some laughter at Power j-slur moments

There is now a fish award. Notification slavery is now a site wide gimmick. Its not a win, but it evens out the playfield.

j-slurs are rigging the system to their advantage. Bullying must be applied

@Bartholomew_1 is right. It's still 4h for the meta post prohibition

A doctor in bavaria did same fake vaxxing so the patients get the official vaxx status without getting the jab. The authorities got informed after people realized that there were a lot of cars visiting from all over Germany. The doctor was busted and and won't be able to work as a doctor ever again.

Now the typical German part: The police raided around 100 people that visited said doctor. They confiscated smartphones and vaccination cards. And on top they took blood samples to test if they have actual anti bodies. They also will be fined for instigating fraud.

Don't fuck with zhe sistem and get ZHE JAB!

Greetings! I already have asked

@Dramarama, the creator of this wonderful 3D Marsey, about posting the files. But he never did this so I will upload it without the creators consent and reap the Dramacoin like a true NFT entrepreneur.

Here is the file

And yes she was printed a long time ago

[META] You can't cockblock the DONG!

There are people who try to cockblock my online ejaculations. Which is extremely wrong. I will list them and they have to explain themselves now!

Yes I gave me the anti cockblock award

Bongs on their way to imprison dramanauts for a little trolling

"Over the years, there have been numerous trolls and difficulties that the users have been subjected to causing defining problems over the internet leading to depression, problems, and a lot of other psychological difficulties. In order for the users to have a safe and secure community on the internet that is now more than a widely used facility but seems like a necessity, the United Kingdom Government cracking down on this problem released a new online bill that can result in users involved in hate crime and trolling to be jailed for a period of time depending on the severity of the troll attacks and the damage caused to the users, emotionally and mentally.

This new bill is under the procedure for the users to have fewer problems by its virtue. The first to crack down would be starting off by making a few categories of posts being made illegal and acting on that by utilizing the tracking Artificial Intelligence and the reports received manually.

The Online Safety Bill initiated by the UK Government acts over for threatening and false communication that includes any and all posts with the intent to or being the cause of emotional damage, physiological harm, and physical injury. The punishment of the crime would be based on the problems faced by the person on the other side of the troll acting swiftly over. With everything being digital, the proof would be present and can even be figured if the troller removes their original comments by accessing the directory of the social media website or the caches of the website that the attack was being done at.

The approach towards the new Online Bill is indicative of the fact that the digital age is being refracted on and was furthered by a government spokesperson claiming the fact that there is going to be more and improved functioning of securing the digital landscape. This can be furthered by a pointer that all the tech companies and organizations will now be held responsible if there is a lack of law and commissions from the company themselves. This would further call for the users to be more secure and careful of what surrounds on the internet for just the next month as according to parliament, the bill is due to be introduced in the next month and would change the course of the UK’s digital landscape."

@BIGEPICMAN56 how is it living on cuck island

Get banned Speedrun. Making fun of Hitler for murdering whites is big no no

Germphobia is a heckin war crime. We're the most efficient degenerate destroyer(whites and lesser whites)

✨Special offer for all who seek the Country Club!✨ With special conditions I will upvote every comment that contains 'carp'

You are a new Pinkname on this site and don't know how to make easy dramacoin? Or an old cute twink and still want some extra cash? Say no more! I will upvote every comment on these premises:

You can comment WHERE ever you want and WHEN ever you will and how MUCH you want. I will be notified! You don't even need to ping any one and I will review and upvote your comment. Offer is up as long as I got the j-slur superpower to do so. This post was sponsored by the rDrama Tea Party™.

Here is our foundation with our goals https://rdrama.net/post/23750/the-foundation-of-the-rdrama-tea

TL;DR j-slurs are rigging the system to their advantage. Bullying must be applied

A (((🐟))) is missusing accounts for her own gains. Disgusting!

We want to end this tyranny!

[Weakling and Incel seethe] Boy attacked by mob for defending himself : ActualPublicFreakouts

Dude gets bitch slapped in the video, punches back and then get ganged up on. No other context is present, but totally not rightoids™ in APF chiming in to clear things out.

I’m a guy and if that bitch hit me, I would knock her the fuck out

What you do is get your friends. Then jump each person when they’re alone later on.

That bitch deserved to get the stuffing knocked out of her. Women who play the “you can’t touch me because I am female” card should be taken out.

Category 2: Power without fantasy is wrong

Dude gets open hand slapped on the head by a 110 lb girl. Responds with a closed fist punch to the mouth. (-25)

future republicans telling you what to do then shitting on you for doing it.

Pinkies are disgusting! DEATH TO PINKIES!

@Dad I got hold of the pinky menace. They're numerous and get r-slurred as it get. We should redicule them as hard as possible. The ones who survive and add a flair, change the profile pic or even better, get a new color combo, can get away scot free. But the Default pinky should be rediculed to the brim of its extinction. Insha'Allah The teutonic quest of bussy

All aboard the bussy Taxi!! hahahahhahahahaha Let me introduce pr0gramm.com, it's an image board for germans that mainly steal memes from 4chins and reddit and creates sometimes OC. Pretty much dramaesque population(fat cute twinks and nerds). One of the reasons I don't need to visit r/de or r/ich_iel again. I broke the first rule, 'do not talk about pro' but anyway.

The admins completely blocked NSFW and NSFL categories because they fear repression. Some journoids are making a film about internet gore and have targeted 'Pro'. German law foresees age verification. While the content is behind a registration(which you must pay or get invited) they never verified your age. And the verification process is clunky as fuck. You need to create a template to cover everything beside your birthday and the card expire date on your ID. Digitally masked ID wont be accepted. After they check, you get marked as an adult.

While still waiting for being approval or whatever, the cumunity started to flood the site with.....

yep they took nude pictures and ran through some Neural Network Apps. 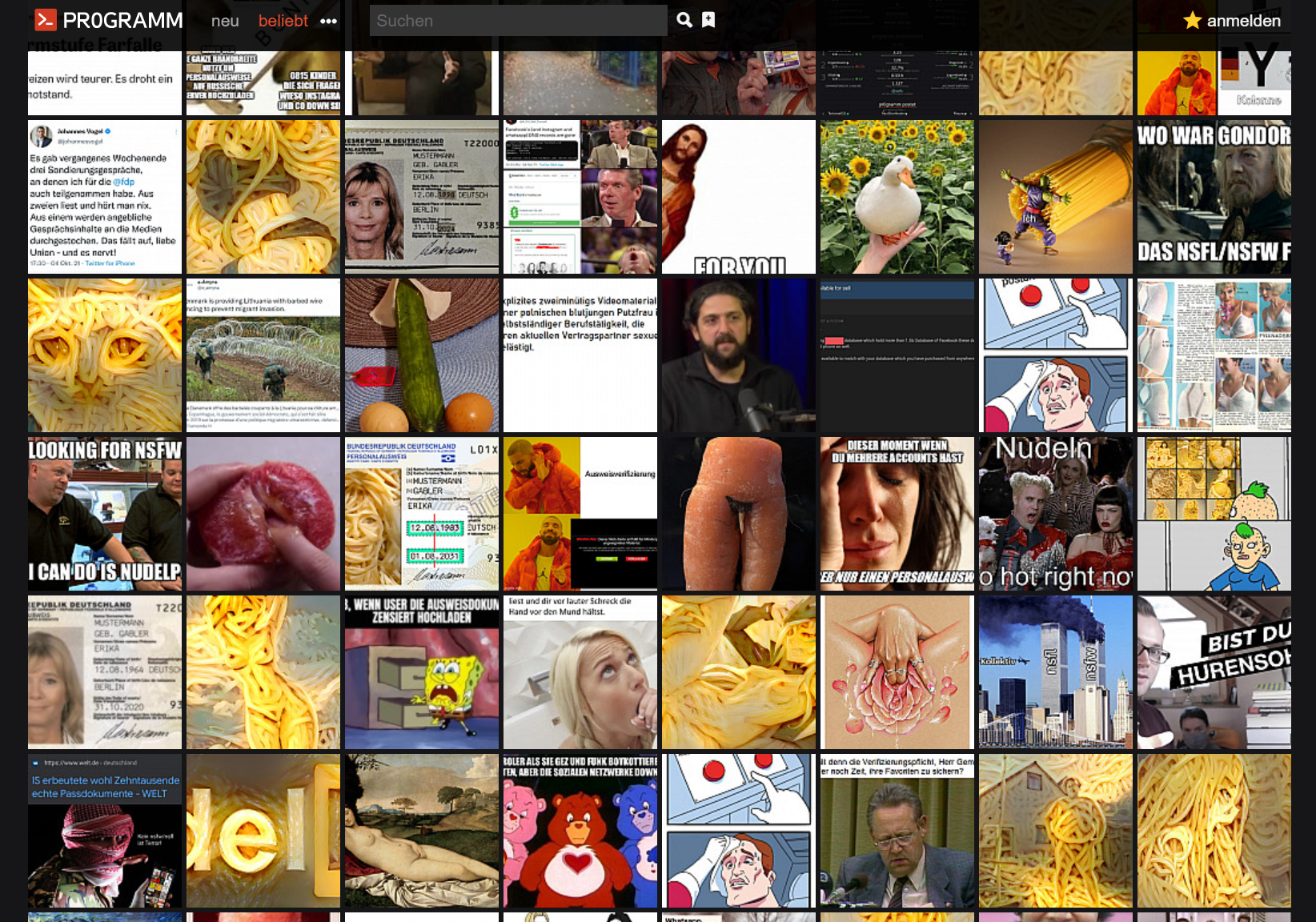 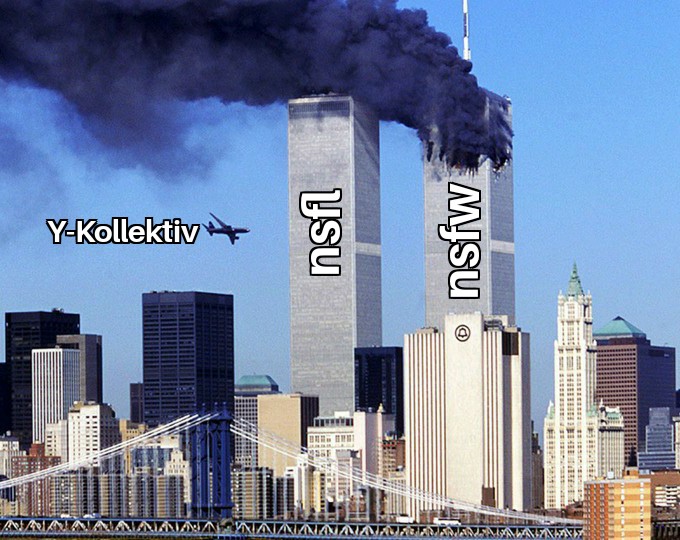 The community is riled up

This magnificent Marsey is called Wilhelm, nicknamed Willy. No sardines on his watch. With his trustworthy Dreyse needle-gun he faces difficult battles. This buff dude is huffing whole artilleries to his mission of frog patrol.

Hello privateers, I tried to create a Pickelhauben Marsey but it didn't work out yet. So for my first try with Inkscape, a Vector based drawing tool(no hand drawing!) I created a pirate marsey.

For the first one who gets the Easter Egg I will grant you !100! Dramacoins!!! Set sail buccaneers!

Prelude: j-slur decided to give me the agenda poster theme without context or reason https://rdrama.net/log/2794 Thanks for pinning! More Dramacoin for me and more L's for useless j-slurs

Minor Update: (No, not that kind you useless Janny). j-slur 'deleted' my private script. I point and laugh, commented on the post and pinned it to my account again. Now its only visible to me but who cares.

so useless, Jenny got giga-corrected on falsely attributing pizza

Aftermath: Jenny decided to rename itself to desguise its L. Thank you for coming to my ted talk