The only thing more pathetic than making a video documentary longer than most movies to sneed at a random woman is the fact that over 800,000 people watched it.

I skimmed one of his shorter videos, and he just rambles on and on about shit you can easily find and read yourself on kiwifarms or twitter. If you'd rather see a smug looking anime avatar wiggle around the screen with an even smugger voice ranting about pointless internet shit, than read it yourself, that's your problem.

The following are my live notes as I watch the first section of his video:

I started watching the intro, and he's talking about the bad events that have recently happened. It's been edited so news articles are flashing in the background as he's talking, and half of them are random celebrity deaths. Apparently the death of Kobe Bryant, Chadwick Boseman, and RBG are as bad as massive wildfires and the entire Coronavirus.

This guy talks like Bardfinn writes, but it's even worse because he's British.

Now he's circlejerking about how important Youtubers are, while clips of wokies talking about BLM play in the background.

Now he's humble bragging about twittoids liking him, and sneeding about being lumped in with Blaire mayo

Now he's sneeding over Blaire being a "social conservative" for not wanting children on puberty blockers or men LARPing as women for sports.

I'm only 3 minutes in and I can't take it any more. I give up. I'd unironically 41% if forced to listen to this whole thing.

i find it so strange that instead of supporting her fellow trans ppl, she hates on them just because they look weird. what if they can't afford getting surgery? or even when they can, why should they be required to?

not her questioning why abuse victims stay in abusive relationships???? what ?!

i feel like this isnt stated plainly enough: hormone blockers are not prescribed until PUBERTY. jesus. childres' transition are simply a change of name and pronouns!!!

Sure... But even if they were prescribed before, they're reversible, right? They don't do anything bad. Actually they're heccin' wholesum. If you don't support ftm surgery for children you're a bigot!

The young woman that Onision and Kai had groomed and abused CONFIDED in Blaire to tell their story to the internet. The girl spilled her heart out with absolutely disgusting allegations and Blaire ends the video like "Yeah, I'm really sorry that happened to you.. ANYWAYS I'm HAVING A BIG BIRTHDAY PARTY BASH THIS WEEKEND."

I think Blaire attacks the less passable trans women and nonbinary individuals because on some level, she's afraid she still looks like them, and she's afraid cis people will see her like they see them. Her insecurity drives EVERYTHING she does.

"Yeah, I'm really sorry that happened to you.. ANYWAYS I'm HAVING A BIG BIRTHDAY PARTY BASH THIS WEEKEND." hormone blockers are not prescribed until PUBERTY

as if we're the ones who molest kids and not goids and loids, who make their entire activism about who they fuck

I dont even know what that means Statistician from r/drama. Many charts man my_wifes_penis   My wife has a thick, girthy, enormous cock. Stay mad about it, bigots. FearOfBees  1mo ago

correlation is not causation

He made a 5 hour video on the fattie

. BREVITY IS THE SOUL OF WIT

Formerly u/PoorLilMarco. Still not a furry.

Anyone that has enough free time to watch this nerd complain for 3 hours straight would be forced to work in labor camps in my idea for a communist utopia.

No wonder he's attacking Blaire. Transphobia must be ingrained in their psychology. He looks like a goblin, but still much better than the average brit. That is to say, 2/10.

TheHeavyPettingZoo   LADIES! I am boiling! My blood is simmering through my veins, and I have something to say. BussyBlaster  1mo ago

Can confirm—would fuck the shit out of him. 'best find me on discord' in Twit bio

I hope somebody has an eye on him.

I don't think we have anything to worry about, he looks like a total bottom wtf he looks like a young, even smaller, warwick davis

Why is he wearing a sleeping bag?

Did I miss Blaire mayo being a rightoid or something? She attracts the online seethe usually reserved for those personalities.

Is it just because she passes without too much effort?

she passes without too much effort 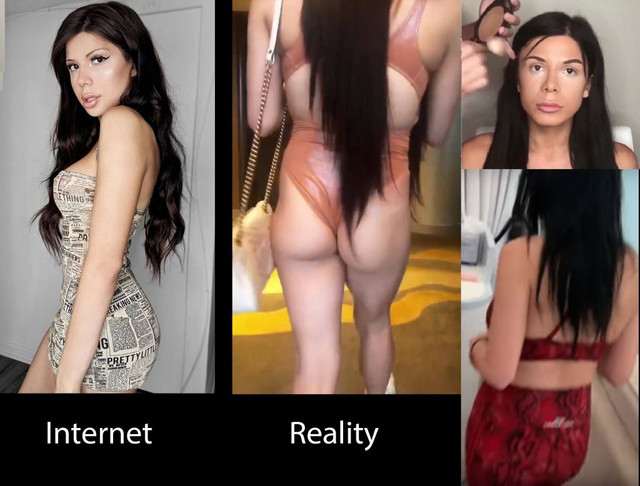 I mean, I wouldn't have sex with her, but no one says you have to look like an attractive woman to pass. Looking functional is usually enough His voice is amazingly feminine for a 🚂🚃🚃. Thats usually where even the most carefully constructed forgery is shown up.

volcel   don't open my profile in public SergeLang  1mo ago

Nothing some plastic surgery can't fix

Please tag that as nsfw, my eyes

Oh wow, it really is 3 hours long, I thought you were joking

If you call yourself the right opinion, harmful opinions or name yourself after a historical figure you deserve to have your skin flayed

I think it's a great name honestly because everybody who disagrees with him is automatically wrong.

volcel   don't open my profile in public  1mo ago

It seems mathematically improbable that you just happen to be conscious now. It is an infinitesimally short period of time within a timeline which likely is infinitely long both before and (probably) after this specific moment.

Kinda strange, right? It is also strange that this is barely discussed, although it becomes less strange when you think that the lack of discussion is by design.

Anyways, the only thing I’m certain of is that a higher power exists.

Even conservative transwomen are better looking.

Even fast forwarding through this and watch a random minute or two here and there gave me cancer. Can you imagine sitting with a bowl of popcorn and watching all 3 hours? BussyKang   I have never met a Jewish person.  1mo ago

Dear god I hate british people so much.

I'm disappointed that Yt even suggested this to me. Gotta get my algorithm game right.

Watch some long-form Maulr videos instead.

Whitegood repair videos are more entertaining than TRO and Maulr, and they have educational value. Hobby videos are the only long videos worth watching.

Cute women, I want them to be my wives.

I was first inline at a shop counter and two indigenous people behind me. The shop assistant looked at us and asked “ok who is first”. I said, “they are of course, they have been here for more than 60,000 years”. The two idigenous people smiled and thanked me as I stood aside.