Great work dramatards you did it again.

Reddit banned a community that sought to collect "bounties" on people seeking abortions in Texas.

The r/TXBountyHunters community was "dedicated to sharing tips on identifying, reporting, and collecting bounty on those breaking Texas law TX SB8," according to its description, and had 68 members.

On Reddit, snitches called themselves "bounty hunters," and sought out ways to make money off of other people's vulnerability under the law.

Twitter rube who took the bait and is the source for the article.

"She has asked me to give her a ride to the clinic on the day of the procedure because she does not want anyone else to get word of this, and I agreed to. Would it be unethical by bounty hunting standards if I were to haul her from the clinic directly to the county sheriff?," the user said. @Tiberius. Congratulations you made the big leagues.

Damn man it would be a dream come true to have my shitty bait reprinted by the media. There should be a special badge for it. Reminds me of this big guy https://old.reddit.com/r/toronto/comments/37gnqc/toronto_star_uses_photoshopped_image_claiming/ That was my bait. I am going to have the article printed and framed. I still don't comprehend how so many of these r-slurs are falling so hard for a fairly obvious bait. As if there's actually people on Reddit unironically typing shit like, "by morning we had become sinners in the eyes of the good lord." I think the key takeaway here is when these journos and abortion enthusiasts see a "Christian" their brains malfunction and they lose what little ability they had to think rationally. Their brains are rotted from the years of Twitterverse and god knows what else and they're completely out of touch with reality. Good to keep in mind for future baits.

Hey king, you dropped this.

I think the whole thing is just malicious, they know it's bait but chose to ignore it because what a fucking headline and what a great quote your was.

dramatards do it for free, VICE profits off the outrage clickbait

Are we the Jannies? 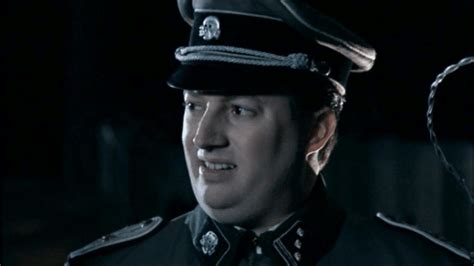 Drama and seethe is the greatest compensation

Good intentions lead to good outcomes and history is simply a story of nice people vs mean people. In that framework trolling or sincerity arent too far apart because its still mean intentions to them. Youre still saying the nono words and you still dont appreciate how SERIOUS the topic is

I think it also has to do with how coordinated it is. I dont think they consider the possibility of multiple people trolling with the same goal, so as long as the interactions look genuine, and no one even pretends its a joke, they will never figure it out Not being in tune with that part of the internet/taking it too seriously is one thing, but it's not helped by concerted trolling often having IRL effects as well, which is also taking the internet too seriously.

Sometimes I think I am embedded so deeply in my own constructed reality I can't begin to imagine what's going on in others'. People are embroiled in passionate dialogues with one another and their motivations are so opaque that, to me, they don't pass the Turing test. I am unconvinced that they are alive and real and made of the same universe-in-motion as I am. In part I think it's because I'm such a fucking aspie but I think it's also because I am way out here beyond the left teetering on the edge of genocidal eradicationism from contemplation of the entropy we accept to be the price of our profligacy. It's like Cthulhu is awake and wandering around with his morning cuppa, yawning his tentacled yawn and thinking about how what he's going to do today is going to make the Permian extinction seem fairly minor, and folks are still arguing about whether Wizards are going to support Fourth Edition online. So, I guess the point is; it's all a big cassowary war, nothing you do is without cost, the machine in which you are embedded will destroy ancient miracles in order to give your biscuit a creamy mouthfeel and I'll never understand you. “Things need not have happened to be true. Tales and dreams are the shadow-truths that will endure when mere facts are dust and ashes, and forgotten.” -Some guy

Words they very much live by.